What were you doing 2 nights ago? Were you watching the CMA’s? If you were……..really?? Did you know it was Game 7 of the World Series? No?!?! It’s ok I forgive you. It will be a topic discussed over and over till the 2017 season starts! The Chicago Cubs are World Series Champions!! 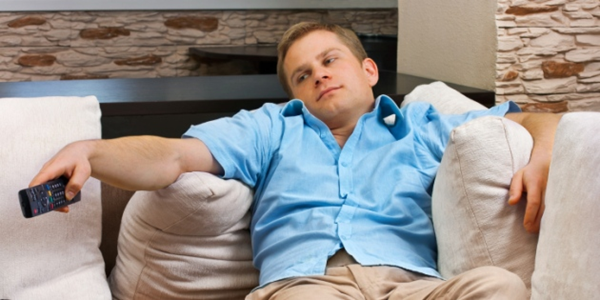 As many of you may already know, I was born and raised in Peoria, Illinois. Yes I’m a “Yankee!” At least this is what I’m told by my wonderful southern friends. Watching the Cubs growing up was interesting to say the least. My father, one of the most passionate sports fans I know, was a die hard Cubs fan. I still have memories of him screaming and yelling at the TV, “What the hell is he thinking, you’ve got to be kidding me right now, and Oh s**t our bullpen is going to blow this one.” Hell I could write a book with all the new curse words that were created while watching the Cubs. My mom, bless her heart, took it all in and just shook her head each time the Cubs came on the television. There were times when dad and uncle Billy would come get us (me and the cousins) out of school to head up to Wrigley for a game. Trouble, trouble, trouble! 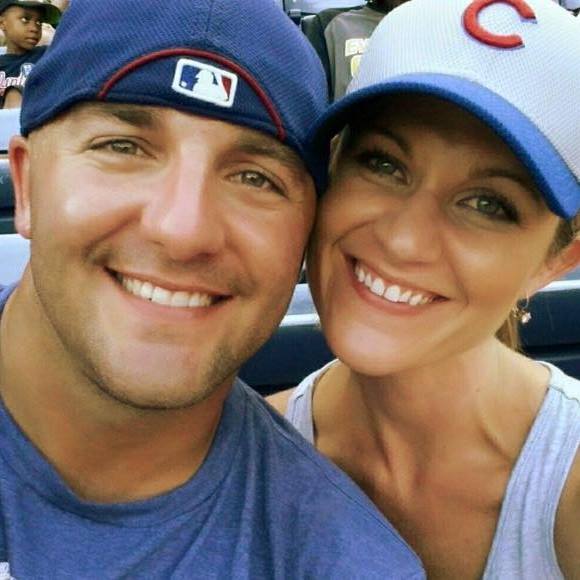 The Chicago Cub fan base is one the greatest in the world! You can find numerous quotes pertaining to the Cub fan base. Too many to list at the moment. A book like that could be an encyclopedia! It didn’t matter if the Cubs won 90 games or lost 90 games, “Wait till next year!” Even if we knew the same talent was coming back after an 80 or 90 lose season, it was “Wait till next year.” Author Bailey Chase says it best, “Once a Cubs fan, always a Cubs fan.” At The O’Neill family household we had a different quote or maybe it goes along with the Cub faithful, “they’re the reason I drink!” There may be some other variations of this quote but this was the main one in our family. This quote stood up to it’s promise Wednesday night while watching game 7. 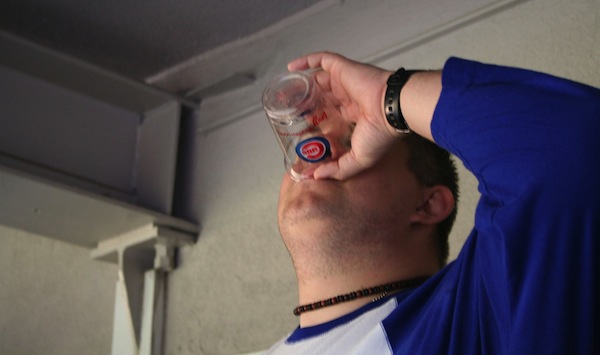 I want to preface by saying this was the most watched baseball game in over 15 years, maybe longer. Reports are coming out that up to 40 million people tuned in to watch one of the best World Series game in history. It’s also being reported that nearly all the World Series games viewership outranked all the primetime NFL games in the last month.

Let’s fast forward to 8pm EST to Game 7 of the World Series. If you weren’t paying attention to this series from the beginning, I’ll do a short recap. Indians dominated games 1, 3 & 4. Cubs dominated games 2, 5 & 6. After tying the series 1-1 and heading back to Chicago for a 3 game set, it seemed like destiny was playing out! We’re heading home for 3 games, we have the momentum, let’s win it all in Chicago. You know the saying, “It ain’t over till the fat lady sings?” Well the fat lady wasn’t warming up at all! Needless to say, the Indians pitching dominated the Cubs bats in games 3 & 4. The Cubs offense showed up in game 5 & game 6 back in Cleveland.

Now that the condensed recap is over, let’s talk about this historic game 7. Heading into the final game of the series, the Cubs offense is hitting on all cylinders. In game 6 the Cub’s 3, 4, 5 & 6 hitters provided 11 of the 13 hits and all 9 runs. Zobrist and Russell combined drove in 8 of the 9 runs in which 4 of those 8 runs came off Russell’s Grand Slam bomb!! The Cub’s offense was going to have to prove itself again in game 7 against the Indians ace Corey Kluber. Corey Kluber came into this game having pitched 5 postseason games with a 4-1 record and an ERA of 0.89. The guy absolutely dominated the Cubs in both appearances prior to game 7. However, I felt the Cubs had an advantage heading into last nights game. Kluber was coming off a 3 day rest and maybe his stuff wouldn’t be so sharp. Let’s get it on!!

Sometimes the tone of the game is set in the first inning! Well the start of this game didn’t disappoint. Dexter Fowler led of the game off with a towering home run to center field just past the outstretched arm of Rajai Davis. The game tone is set, “we’re winning this damn game!”

Cleveland answered back in the bottom of the 3rd when Coco Crisp led off the inning with a double. Crisp later scored when Santana singled to right field to tie the game at 1-1.

The Cubs answered the top of the 4th with 2 more runs. Bryant led off with a single. Anthony Rizzo came up second and was hit by a pitch. Now we have runners at first and second with no one out. Ben Zobrist, the next batter, was named the World Series MVP. Zobrist grounds into a fielders choice with Bryant advancing to the third base. We now have runners at first and third base with one out. Addison Russell comes up and hits a sacrifice fly to score Bryant and advances Zobrist to second base. Wilson Contreras smokes a double off the center field wall scoring Zobrist to make the score 4-1

The 5th inning is when us Cub fans started smelling blood. I thought I heard the fat lady starting to warm up! The offense added 2 more runs with a lead off solo bomb by Javy Baez. Later on Kris Bryant would score on an Anthony Rizzo single making the score 5-1.

After getting 2 quick outs in the bottom of the 5th, Kyle Hendricks walks Carlos Santana. Keep in mind Hendricks was dealing (for you non sports fans, that means dominating/getting people out). Joe Maddon, the Cubs Manager, comes walking out of the dugout and signals to the bullpen, “gimme the lefty!” I look at my brother and say, “Is he really taking him out and putting in Lester?” My brother is just as passionate as my Dad, so naturally the cursing begins along with “What the hell is Joe thinking?” I love Joe Maddon! He’s a coaching genius but when he made this move, I believe my eye started twitching!

Kipnis had an infield single for the Indians and advanced to second base because of a throwing error by Cubs catcher David Ross. The Indians now have 2nd and 3rd with 2 outs. Needless to say, 2 runs scored on a wild pitch by Lester.

The Cubs answered again in the top of the 6th when David Ross, in his final game of his career, homered to straight away center. Granda Rossy, as the players and fans refer to him, was the backbone of this young club. As you can see in the video, he kept the young players grounded.

Onto the bottom of the 8th. The Cubs are leading 6-3 with 2 outs. Lester gives up an infield single. Maddon comes out to the mound and indicates to the bullpen that he wants the big left hander Chapman. Chapman has worked like a dog over the past 2 games. His pitch count was high plus he had no rest from game 6. He’s electric when he has the proper rest, plus he’s not used to throwing so many pitches. Well, it was evident. Guyer comes up and hits a missile to the gap in right center scoring Ramirez. Then the unthinkable happens, only in a World Series do things like this happen. Rajai Davis comes up to bat with a runner on second and hits a 99 mph fastball over the left field wall on a line and ties the game at 6-6. Chapman’s fastball was flat. It just wasn’t the usual lights out electric fastball that we normally see from the the big left hander. Momentum has now shifted to the Indians. A once 6-3 lead with 2 outs in the bottom of the 8th, is now a tie game going into the ninth.

No runs were scored by either team in the 9th, so it’s on to the 10th. Mother nature had a different plan in mind and puts the game in a rain delay. It was short lived and the game was resumed after about 20-25 minuntes. During the rain delay Jason Heyward, who has struggled offensively but has played amazing defense throughout the year, gathered the boys together for an inspirational speech! It worked! Shwarber started the 10th inning off with a single! I said to myself, “we are winning this game!” After a Kris Bryant fly out, Anthony Rizzo was intentionally walked to bring up the red hot Ben Zobrist. Zobrist had been lights out during the series! Ever ball he hit was hit “on the button.” Zobrist laced a double down the third base line scoring Almora Jr., who pitch ran for Shwarber, and advanced Rizzo to third base with one out. The next batter was Addison Russell who was intentionally walked to load the bases. Tensions are high, my heart is about to explode! Up to the plate comes Miguel Montero! Miggy hit a massive grand slam home run against the Dodgers in game 1 of the National League Championship series! Miggy came through again, hitting a base hit to left field scoring Zobrist! The Cubs now lead 8-6.

Here we go!! It’s the bottom of the 10th! All we need is 3 outs and we are world champs!! Carl Edwards, Jr is the man Joe Maddon calls from the bullpen to close out the game. He averages 95-97 mph with his fastball, has a nasty curve ball along with a slider. After 2 quick outs, it seemed like the pressure got to him a little bit. He walked a batter who then stole second base. The next hitter came to the plate and hit a single to center scoring the baserunner from second. The score is now 8-7 with 2 outs. Joe Maddon decided it was time for a change and brought in Mike Montgomery! The Indians brought in a right handed pitch hitter to face the big lefty. Montgomery didn’t fool around. He got ahead in the count and delivered a ground ball out to third baseman Kris Bryant! Kris can be seen on the replay with a big smile on his face as the ball was hit to him. He fired a strike to first baseman Anthony Rizzo and just like that the Chicago Cubs are the 2016 World Series Champions!

The Cubs were the first team since the 1979 Pittsburgh Pirates to come back and win the series after being down 3 games to 1. The Cubs celebrated this afternoon in Chicago with a victory parade that began at 11am CT. It’s been 108 years since the Cubs won the World Series and the celebration will continue until the 2017 season begins in April. The old quote, “Wait till next year” may change to “Let’s do a repeat of 2016!”